Home / ENTERTAINMENT / ‘There is nothing like ‘blood money’ – Criss Waddle 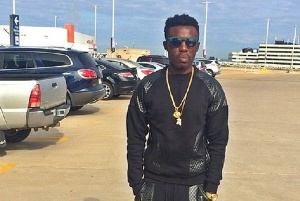 Criss Waddle has debunked that there is anything such as blood money, or ‘Sikaduro,’ as it is referred to in the Twi language after a man was apprehended for allegedly attempting to sacrifice his daughter in exchange for riches.

Speaking on Daybreak Hitz on Hitz FM, the artiste said people need to understand that ‘Sikaduro’ doesn’t exist and the youth need to stop thinking about getting rich fast using that method.

“When they say this person got money by doing ‘Sikaduro’, people will think it is okay to do the same thing.

Having been rumoured to be a ritualist, the ‘Ayi’ artiste has taken the time to address the issue.

He cited that although he has been accused of making his money from performing rituals, he never addressed the speculations with the thought that with time, people will come to know his real self.

“I have never really addressed a lot of issues because overtime I thought the people will know the real you but then at the end of the day, you realise that a lot of people send messages saying, “Bossu I want to make am ooo, I’m ready for whatever” What is whatever?” he added.

Tags blood Criss IS LIKE Money NOTHING THERE Waddle