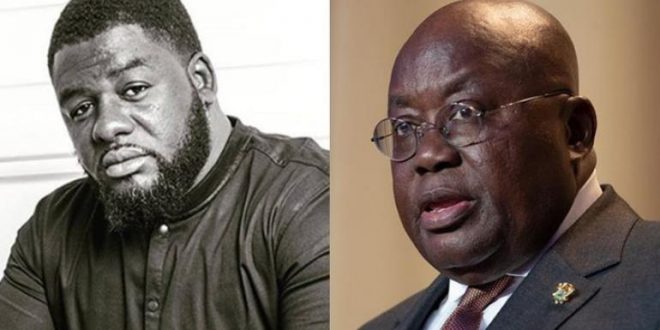 Artiste manager Bulldog, also known as Lawrence Nana Asiamah Hanson, has said now is the “worst time to be a Ghanaian” with President Nana Akufo-Addo and his deputy Dr Mahamudu Bawumia at the helm of affairs.

Speaking to Kwabena Bobie Ansah on Accra100.5FM’s The Citizen Show on Monday, 3 August 2020, Bulldog explained that things have worsened than before because the promises and lies propagated by the government are too many, as compared to those of the previous government.

He said: “Actually, this is the worst time to be a Ghanaian because we all have problems and there are challenges with every country but the difference between this government and the previous government or elsewhere is that the promises or the lies are too many. They’ve not really done what they promised.”

“They have not fulfilled what they promised and they have destroyed what they came to meet,” he added.

Bulldog said aside from the interventions made by President Akufo-Addo to bring some relief to Ghanaians as far as electricity and water bills are concerned in the wake of the COVID-19 pandemic, the government has performed poorly in other sectors.

Bulldog’s jabs at the government come at a time when dancehall artiste Shatta Wale, one of the talents Bulldog manages, has called for “four more years for Nana.”

Shatta Wale was featured on the American songstress’ “Already” song.

In a post on Twitter on Sunday, 2 August 2020, President Nana Akufo-Addo wrote: “@shattawalegh, you do all!!! #KingAlready #BlackIsKing.”

Reacting to President Akufo-Addo’s tweet, Shatta commended the President for complimenting him.

He stated that he would keep President Akufo-Addo’s tweet “4 four more years.”