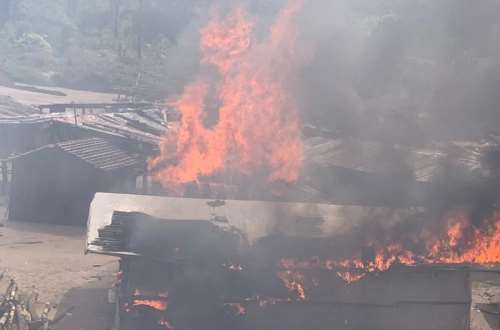 Three suspected illegal miners including an 18-year old woman have been picked up at Sekyere-Boase in the Wassa-East District of the Western Region.

Some items found at the site including four Changfan machines and one tool box, were also confiscated.

The operation on Sunday, December 19, 2021 which was undertaken by the Delta taskforce, which is part of the anti-galamsey Operation Halt II, initiated this year to clamp down on illegal mining activities, popularly known as ‘galamsey.’

The woman was identified as one Doris Abena from Tamale with the identities of the other arrested miners yet to be established.

The anti-galamsey fight has seen a revival under the leadership of Hon. Samuel A. Jinapor, Minister of Lands and Natural Resources.

The Ministry has been consistent with its message that it will not renege on its resolve to clamp down on illegal mining activities in the country.

It warned that it will continue to wage war against illegal mining activities and protect Ghana’s forest and natural resources while promoting responsible mining at all levels.

2 kidnappers gunned down at Yeji