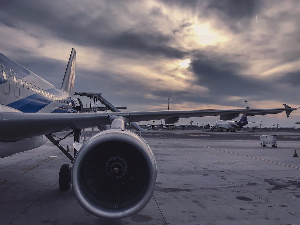 Owing a private aircraft is no mean fit. This is a luxury only a few get in life. Only the affluent, among them musicians and politicians, can afford an aircraft in Nigeria. Nigerian musicians with private jets can access any part of the world without strain. They have no worries when attending shows or events in different places.

Did you know there are only a handful of Nigerian musicians with private jets in 2022? Investing in an aircraft requires a fat pocket because it is a pretty pricey venture. Some talented artists have achieved an impressive financial status, allowing them to own these luxury machines.

Wizkid is a top singer and songwriter from Surulere, Ikeja. The artist keeps details of his life quiet and is barely as flashy as other artists are.

Bobrisky, a famous socialite, recently revealed the artist had acquired an aircraft but did not make a fuss about it in the media.

Wizkid’s private jet is valued at a staggering $40 million.

Davido is a talented singer, songwriter and record producer.

His music is a blend of traditional African tunes and global mainstream pop. He is one of the youngest Nigerians to own a plane.

Davido bought his jet in 2018. He revealed his plane was on its way and that he was the youngest person in Nigeria with a jet! The artist’s father owns a Bombardier Global Express 6000 with an estimated price of $62 million.

The two purchased a jet in 2012 from an Arabian country. While the aircraft cost several millions of dollars, they did not reveal how much it cost them.

Don Jazzy is a Nigerian record producer from Umuahia and the CEO of Mavin Records. He keeps details of his assets away from the cameras. Even so, he is believed to be one of the artists with a private aircraft whose worth is yet to be established.

Phyno is a singer, rapper, songwriter and record producer from Anambra. Fans best know him for rapping in the Igbo language. The artist has shared pictures of himself in a private aircraft and is believed to own one. However, he is yet to give an official statement about its ownership.

DJ Cuppy is a famous disc jockey and producer from Lagos, best known as business magnate Femi Otedola’s daughter. She is a daddy’s girl who loves pink. She is known for her flashy lifestyle on social media and is often pictured travelling in her dad’s aircraft worth over $60 million.

Tiwa Savage is a famous singer born in Isale Eko. She relocated to the United Kingdom when she was 11. The queen of Naija music often poses for snaps in a private jet. She is yet to confirm whether she owns it.

Olamide is a rapper and singer from Bariga, Ikeja. He is one of the most influential African artists, and his music is in Yoruba and English. In 2018, he announced his dream of owning a private aircraft. While he has been spotted travelling in one, it is not clear whether his dream has come true yet.

The price range for a private aircraft ranges from about 1.14 billion Naira ($2 million) to 2.85 trillion Naira ($500 million), depending on the size and features.