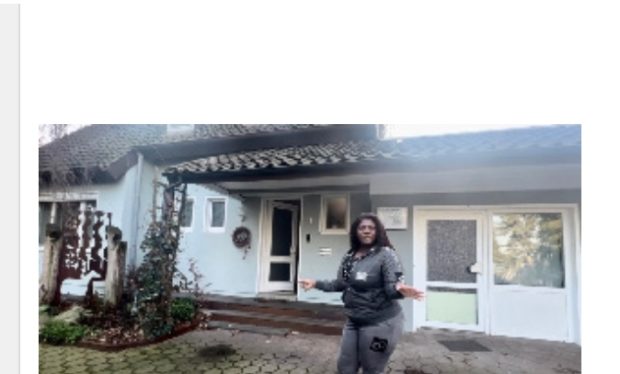 It appears Tracey Boakye’s famous ‘landlady’ title has been cemented on the streets of Germany as she has reportedly acquired a new 3-bedroom flat in Hannover, Germany.

Tracey Boakye who many refer to as ‘East Legon landlady’ here in Ghana has showcased her new apartment in Germany and this has attracted countless reactions from Ghanaians.

In a video shared by popular blogger Zionfelix who was invited by Tracey on a full apartment tour, the interior and exterior parts of the two-storey building was showcased.

Tracey who took Zionfelix around the apartment said she acquired the property so her children can feel comfortable whenever they travel to Germany.

Tracey also boasted of owning houses in several countries including Amsterdam and France.

The price at which the apartment was purchased is however unknown.

After chancing upon videos of the apartment on social media, some individuals have concluded that it is one of Tracey Boakye’s ‘showbiz stunts’.

Others in disbelief, have alleged that she rented an Airbnb and did not purchase the apartment as claimed.
Watch the video below

Previous ECOWAS to hold Extraordinary Summit on the Political Situation in Mali
Next Akuapem Poloo receives cash gift from Shatta Wale, kisses him on the lips