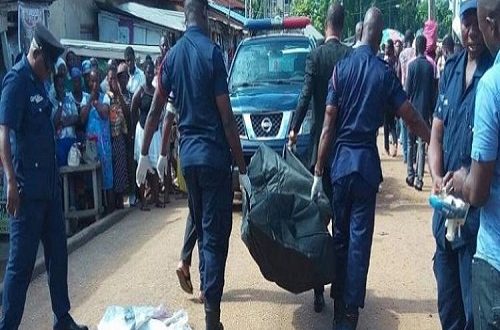 Two members of the Nigerian Community in Buduburam, Liberia Camp, in the Central Region have been stabbed to death.

The two angrily attacked another with cutlasses and machetes and led to injuries to three yet-to-be-identified guys who were rushed to a nearby hospital for treatment.

Two of them were pronounced dead upon reaching the nearby hospital.

Details leading to the clash is a bit sketchy but per the information, we gathered,

The attack was a form of revenge from one faction which wanted to retaliate an attack on one of their members a fortnight ago.

The said attack was said to have led to the shooting to death of their members by the Police Patrol team in Liberia Camp.

This led to an attack on the Police Station at Liberia Camp by the angry members of the Nigerian Community in the area.

Two Police officers who were on duty at the time had to lock themselves up in the police station. It took the intervention of a Police reinforcement team from Kasoa to rescue the two police officers.

It is this action that has led to the reprisal attacks that resulted in the death of the two and injury to another.