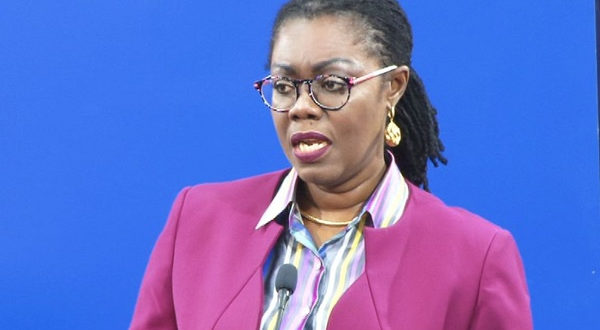 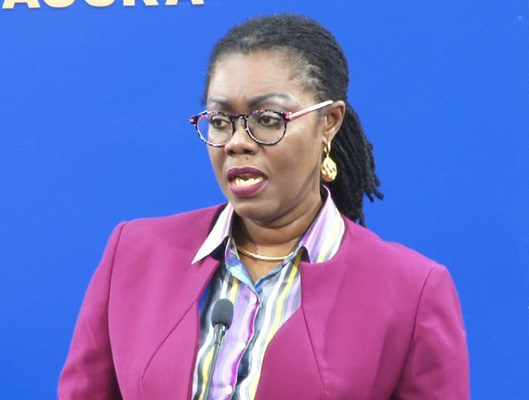 • Minister of Communications Ursula Owusu-Ekuful months ago said the tracker app was free, intimating that some individuals volunteered to develop the app for the country

It appears the Communication and Digitization Minister was not being truthful when she stated at her vetting that the COVID-19 tracker which was outdoored by the government in April 2020 was developed for the country for free.

During her vetting on Monday, February 15, 2021, Ursula Owusu-Ekuful told the Appointments Committee of Parliament the COVID-19 tracker app did not cost the Government of Ghana a pesewa.

She explained, individuals from the public supported the government in the fight against the Coronavirus pandemic while experts came on board willingly to add their technical know-how to develop the tracker app for the country.

“Many countries, at the onset of the pandemic, tried to use technology to assist them in contact-tracing, and for people to self-report to give an overview of what is happening in the various countries to enable the health authorities to handle the situation.”

“Certain public-spirited individuals extended all kinds of support to the government, and some companies also offered to put their expertise at the disposal of the government, which we gladly accepted, resulting in the creation of the Tracker app. The app didn’t cost the government a pesewa. We did not pay anything for the app,” she highlighted.

This assertion by the minister is different from what the 67-page report by the Community Development Alliance (CDA-Ghana) and the Commonwealth Foundation says.

The report dubbed ‘Strengthening COVID-19 Accountability Mechanisms (SCAM)’ and available to GhanaWeb reveals that the COVID-19 tracker app was awarded to two foreign companies at a cost of $1 million but did not go through tender.

“A $1m contract awarded to develop the COVID-19 tracker app to two foreign companies namely iQuent Technologies and Ascend Digital Solutions (registered in Jersey, a tax haven) was irregular. The two companies were not legal persons in Ghana at [the] time of contract awards [and] were not registered with the PPA, and did not go through tender.

During the height of the pandemic, Vice President Dr Mahamudu Bawumia on April 13, 2020, launched the GH COVID-19 Tracker app which is to help boost the Ghana government’s fight against coronavirus.

During the launch, Dr. Bawumia noted the app, “will help us easily track people with the virus, [and] those who have had contact with others. It is also useful in quarantine reliability, in case certain individuals need self-quarantine,” touting that Ghana is one of the few countries to deploy such a tracker.

But the corruption risk assessment report says the $1m contract awarded to develop the COVID-19 tracker app to two foreign companies namely iQuent Technologies and Ascend Digital Solutions “raises substantial corruption issues. Ascend Digital Solutions was registered just a month before the contract award in Jersey, a tax haven, and the contract sum appears bloated. Same applies to the GH¢1.4m ($240,000) spent on the launch of the tracker.”

Why the Tracker was developed

The report said Ghana budgeted $1.2 million for 1000 contact tracers in its proposal to the World Bank. At the onset of the pandemic, the Ghana Health Service employed and trained 900 Contact Tracers to work on case detection, contact tracing and reporting, with 600 dropping out later due to various grievances, chief among them, the erratic payment of their daily allowance of $25 (GH¢150.00). Only 300 contact tracers eventually worked actively in Accra. A similar number were contracted and deployed in Kumasi, with the total number unclear as COVID-19 spread almost nationwide. A corruption risk arises over whether an employment contract regulated the work of the contact tracers, the terms of their engagement, how much was actually paid to them, for how long and why 600 of them dropped out.

“Part of the above funding was used by the Ministry of Communications to develop a COVID-19 Tracker app to gather data on surveillance and contact tracing. It was alleged that GoG spent about $1m to develop the app and a further GH¢1.4m ($240,000) for its launch. Two foreign companies namely iQuent Technologies, a UK software company and Ascend Digital Solutions, a Software/IT consulting company in Britain were contracted to jointly develop the app.

“iQuent Technologies is owned by 37-year-old Antony Madalairaj Amirtharaj, with physical Address at 200 Brook Drive Green Park, Reading, England, RG2 6UB. It was incorporated on 11 August 2014. Ascend Digital Solutions Ltd was incorporated on 9 March 2020 and owned by 28-year Ian Austin, and incorporated in Jersey, a tax haven. The COVID-19 Tracker App, through the common platform of mobile networks, is able to trace contacts of persons infected by the virus, show where they have been in recent time through various telephone-related data, and link such people to health professionals for urgent action to be taken.

Ash Dastmalchi, Head of Cybersecurity at Quantum Security Solution points out that “we can see the data is submitted to a remote server which happens to be on Amazon which is outside Ghana’s jurisdiction”.

Ash indicated that the price range for developing an app is between GH¢5000 and GH¢1m ($855 to $171,000) depending on the technicalities, what one wants, taxation, etc. Once again, there is no record of iQuent Technologies and Ascend Digital Solutions going through any procurement process or of being legal persons in Ghana, making them ineligible for government contracts in Ghana. Additionally, the value of the contract appears inflated by as much as $829,000 judging by the IT expert’s comments.

About the launch of the app

Each artiste was later reported to have been given GH¢30,000, with Shatta Wale alone receiving GH¢100,000 for the night’s performance. The MC for the night, popular Peace FM morning show host, Kwame Sefa-Kayi reportedly received GH¢15,000 for his services. The artistes with low payment became furious and called out the Ministry of Communications for somehow cheating them, despite official denials that they all performed for free. The event was reportedly put together by Bola Ray of the EIB Broadcasting Network.

Watch Ursula Owusu-Ekuful during her vetting.