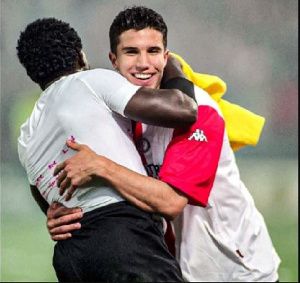 It was confirmed on Wednesday that the former Ghana defender had passed away after suffering illness for some time prompting tribute from Van Persi.

Gyan and Van Persi played together for three years and won the UEFA Europa League in 2002.

“You were there for me in the early days of my career and supported me like a big brother.

“I will forever be thankful for those memories. Rest in peace Christian,” he added.

Gyan spent the majority of his career at Feyenoord who have expressed great sadness after learning of his death.