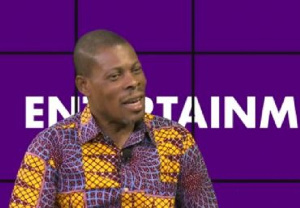 Confirming the demise of his colleague, actor Ekow Blankson told GhanaWeb, the late actor was rushed to the 37 Military hospital on August 1, 2022, after suffering a mild stroke but there were no beds.

He added that it was through the intervention of someone they knew at 37 Military Hospital, that he was able secure them a bed for the actor.

“I was informed Waakye was rushed to the hospital yesterday after suffering from a mild stroke but upon getting there, there were no bed. Luckily one of the guys from ‘Obra’ who works at the hospital got him a bed after awhile. Unfortunately at 4 pm today it was confirmed that he passed,” Mr Blankson told GhanaWeb.

Some celebrities and colleagues in the movie industry such as Dada Hafco, Ahmed Banda, Andy Dosty and many others have also confirmed his death on their various social media platforms.

Waakye died at the age of 52 and has featured in many prominent movies in the Ghanaian space.

In 2021, he added another laurel to his achievements when he was ordained as a Reverend minister.

Read their posts below: