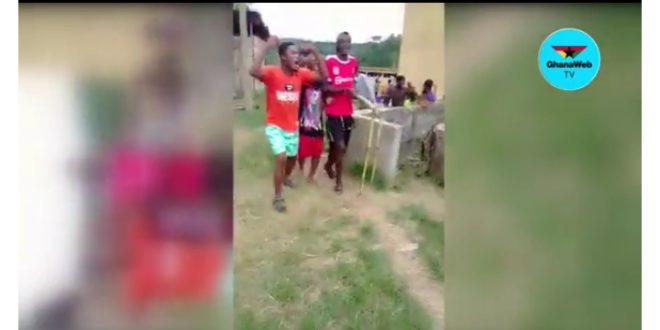 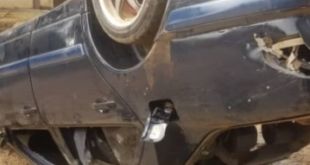 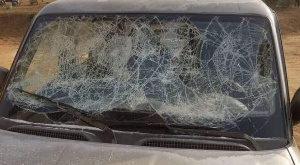 Some students of Assin Fosu College of Education in the Assin Foso Municipality of the Central Region have taken up the task of reducing the invasion of snakes on their campus after a snake bit the testicles of their colleagues.

On May 14, a level 300 student was reportedly bitten by a snake while he was using a toilet.

The student said he felt a pinch on his testicle and immediately got up from the toilet seat only to find a snake curled up in the toilet bowl.

The victim was rushed to the hospital after he screamed for help from his colleagues.

Following this development, the students raised concerns about snakebites as some of their colleagues have faced similar incidents.

Resultantly, some students of the institution took the opportunity when they chanced on a snake in one of their toilet facilities and killed it.

In a video, the students are seen jubilating after they killed the snake that was hanging on the ceiling of the toilet facility.

The students were captured in the video, holding sticks and hitting the snake while others were giving directions on what to be done.

In a separate video, they were seen holding the dead snake while marching through the school’s premises and chanting songs of victory. 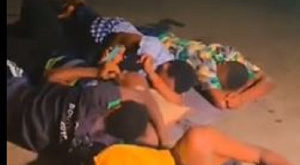 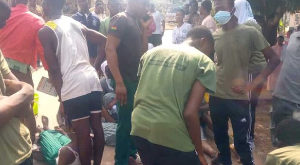 SHS Girl From Nsawam Sneaks To Visit Boyfriend At Prampram Before Returning To School: See What Happened