Home / ENTERTAINMENT / VIDEO: Akwaboah falls for Cina Soul after both worked together on ‘Obiaa’ 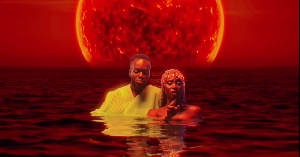 VIDEO: Akwaboah falls for Cina Soul after both worked together on ‘Obiaa’ 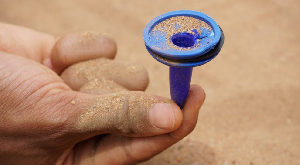 Prolific Ghanaian vocalist, Akwaboah Jnr has disclosed that he personally wrote all the lyrics of his hit song ‘Obiaa’ including the part sung by Cina Soul.

“A song like obiaa; the one I did with Cina Soul; I wrote all the lyrics including the part she sang,” he disclosed to Amansan Krakye.

He added, “I taught her how to go about it but it got to a point where she asked if she could add some melodies which I allowed her”.

Talking about ‘Obiaa’ hit song on his Lighthouse EP, Akwaboah said he wrote all the lyrics of the song before going to the studio together with Cina Soul to record.

He said, “I think that it’s very good and brilliant to have such a wonderful act in the studio as long as I know that she knows how to sing very well.

“But as to the lyrics I wrote everything even before we got to the studio and doing music it’s nice being in the studio together,” he added on Cape Coast’s Kastle FM.