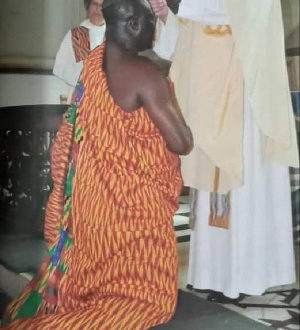 All across the world, people directly in line with the royalty lineage pride themselves in great reverence and particularly for kings, queens and other high-ranking leaders in society, there are various ways through which they show respect and etiquette.

Kneeling before an elderly person or religious leaders is one of those acts that often show reverence.

In Ghana, the three main religious groups; Christianity, Islam and Traditional, all have varied forms of showing respect and etiquette.

In the normal sphere of things, kneeling before, for instance, the Asantehene, would have been a normal exhibition of honour to the Asante King.

However, a rare image of the revered Asante King, Otumfuo Osei Tutu II, has emerged online where the reverse of kneeling was clearly rather pictured.

Based on the environment of the image, the Asante King is seen receiving special prayers in church from the Archbishop of Canterbury in England, Justin Welby.

According to research, the Archbishop welcomed the King of the Ashanti Kingdom in Ghana to Lambeth Palace on August 1, 2014.

Otumfuo Osei Tutu II, who is an Anglican was on a private visit to the United Kingdom and requested an official visit with Archbishop Justin Welby.

Meanwhile, the Asante King has traced the strong ties between the Golden Stool and the Anglican Church – dating back to early 20th Century when the then Asantehene, King Prempeh, got baptized into the Anglican faith whilst in exile in Seychelles.

Since then, the Asante Kingdom has accepted and opened its heart not only to the Anglican Communion but to all churches bearing faith in the omnipotent God.

In this photo, the Asantehene, Otumfuo Nana Osei Tutu II, is captured kneeling before the Archbishop. He is clad in beautiful traditional kente and in solemn mood before the man of God.

As scripture will have it in James 5:16; “For the effective, fervent prayer of a righteous man avails.”

See the images and video below: 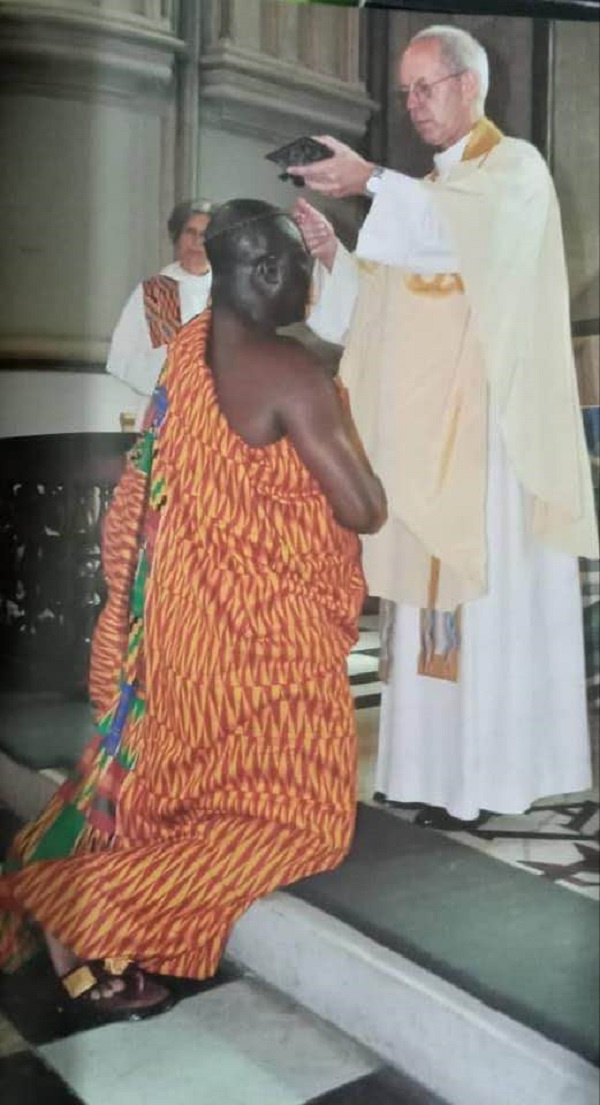 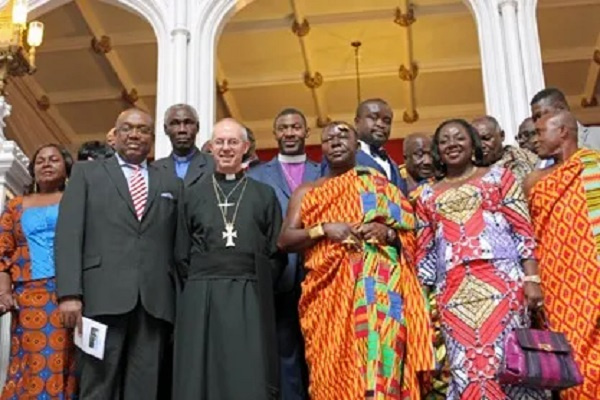