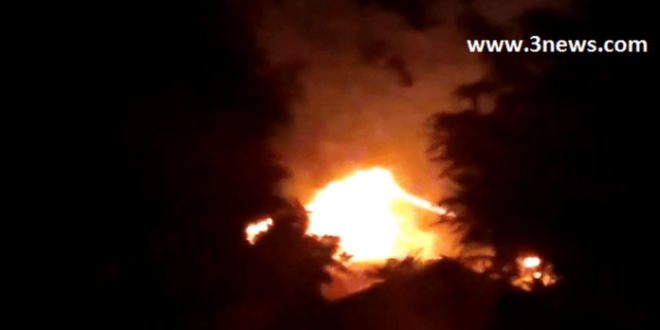 The fire started around 7:00 p.m. at Alema and Halm Addo halls, at a time the students were attending prep in their classrooms, one of the school’s private security officials who blocked access to the area told correspondent Grace Hammoah Asare.

No casualty was recorded in the Wednesday fire incident.

However, personal effects of students residing in the two halls have all been consumed by the fire.

The cause of the fire is not immediately known.

The affected students, according to the official, will have to spend the night at other halls within the senior high school until tomorrow when authorities are expected to make a special arrangement for them.

Eyewitnesses say efforts to get through to the Ghana Fire Service proved unsuccessful leading to the burning of the two halls which are attached to each other.

Accra Academy too is on fire pic.twitter.com/WdJ3429jKT