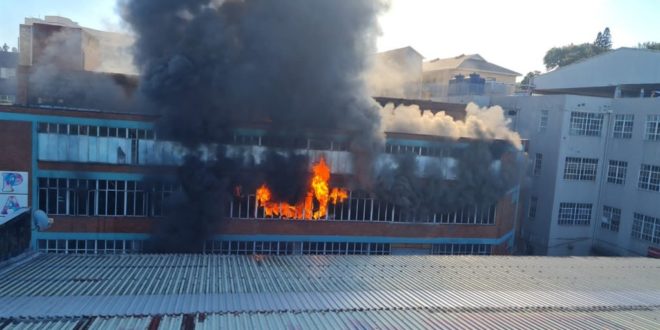 A fire broke out at a factory in Durban on Monday.
Emer-G-Med

Firefighters are battling a blaze that started at a factory in Durban on Monday morning.

“Firefightes and emergency services are currently at a scene of a fire at Brickfield Road where there is a factory on fire. It is believed textiles are produced at the factory,” EMS spokesperson Robert Mckenzie said.

He said there had been no injuries reported so far.

“Firefighters are still fighting the flames to try to extinguish the fire and stop it spreading to other buildings. At this stage, the cause of the fire is unknown and Brickfield Road is blocked off.”