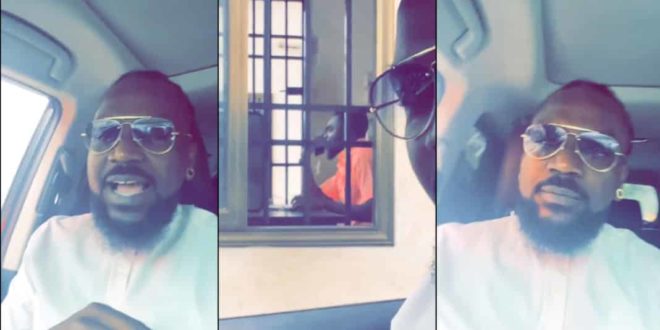 Ghanaian dancehall crooner Samini has taken to social media to vent his frustration over the decision of a ‘gateman’ to deny him entry.

According to him, the gateman did not allow him access to the University of Ghana campus because he did not have his pass.

As a result, Samini was denied entry.

Sharing a video on social media, Samini explained how frustrated he was considering the fact that the gatemen were not ready to allow him entry regardless of his social status.

I have 2 passes,1 for my bikes 1 for cars.Unfortunately, I switched cars and left my pass ..come and see Chirman of gatemen association ooo .Let’s make him popular eeh .The #gatechairman of Legon campus. You do all. eventually some sensible security come to beg Chirman for me.

He shared the video below…

Samini also revealed that he is currently a student at the University of Ghana, where he is studying for a degree.

Previous From luxurious private jets to #DropThatChamber: How Okudzeto Ablakwa has kept Akufo-Addo in check
Next Owo Catholic Church massacre was message to South-West and we’ve got it – Soyinka