Home / ENTERTAINMENT / VIDEO: God forgive me for having affairs with ladies for movie roles – Wayoosi 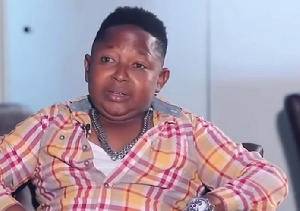 VIDEO: God forgive me for having affairs with ladies for movie roles – Wayoosi

Popular Ghanaian Actor, Joseph Nana Osei Kofi, known in showbiz as Wayoosi, has asked for God’s forgiveness in what he describes as a despicable act that upon reflection, he wouldn’t dare repeat in his life, Purefmonline.com reports.

Speaking in an exclusive interview on the ‘Hammer Time’ entertainment program on the dwindling Ghanaian movie industry, Wayoosi in a shocking revelation and remorse told host, Hammer Nti that he asks for forgiveness every day from God for having affairs with ladies that wanted movie roles.

He remarked that it is an act he deeply regrets and would not repeat if given a chance to correct his mistakes.

He further revealed that the Ghanaian movie industry failed to boom because actors were not treated well as he was paid GHC10 and GHC50 for some roles he acted including his popular ‘Ma tricky wo’ movie.

Watch an excerpt of the interview in the video below. Video Credit: ‘Hammer Time.’