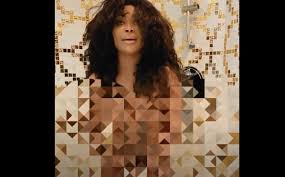 Ghanaian singer, Stephanie Benson, and her husband are ‘lovey-doveying’ on social media and fans are loving every bit of it.

The singer shared a video of herself taking a shower whiles her husband was in the background yelling at her for taking too long.

“What are you still doing in the bathroom? you’re taking too long,” he screamed.

Stephanie Benson in an unexpected response said she needed to ensure every part of her private part was clean.

Although she was in the shower, parts of the video were blurred as it only exposed her face.

“How am I taking long? I’m washing it well so you can sniff it,” Stephanie told her husband.

It can be recalled that the singer recently marked 32 years of marriage with her husband, Jon Benson.

The two have been captured on several occasions publicly displaying their affection for each other on social media.

The couple has five children together.