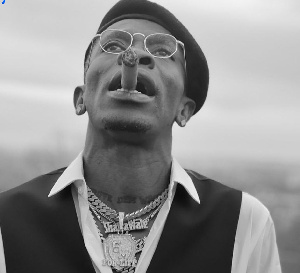 VIDEO: I’m ready to run the world with my GOG album – Shatta Wale

Ghana’s ‘Dancehall king’ Shatta Wale has revealed that he is going to ‘run’ the world with the GOG album.

In a Facebook live video session with his followers as sighted by sammykaymedia.com, the SM boss indicated that his yet to be released “Gift of God” album is going to be Ghana’s greatest historical album.

According to him, he is not scared of any global market because he feels ready and fit to blow the world apart with the album.
He explained to his fans that the promotions and campaigns before the GOG album is finally released is all on him and his fans hence the need for them to own and push it as well as use the Shatta Movement brand to create avenues for themselves so that everybody can make money at the end.