Home / ENTERTAINMENT / VIDEO: It is wicked to stop engaged couples from having sex – Eucharia Anunob 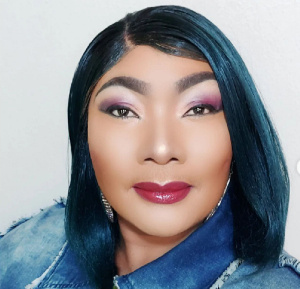 VIDEO: It is wicked to stop engaged couples from having sex – Eucharia Anunob

Nigerian actress, Eucharia Anunob, who doubles as an Apostle, has described as “wicked” the principle that forbids a man and woman who are engaged from having sexual intercourse.

The veteran actress in a self-recorded video sighted by GhanaWeb on July 18 advocated for couples who are officially engaged to indulge in sex.

This she explains will allow the woman especially to know the sexual performance of the man she intends to marry.

“What is this whole noise about no sex before marriage. How can anyone say that someone should not indulge in sexual activity with someone who has already proposed?

“I mean I don’t understand, the proponent of this whole wicked agenda of no sex before marriage must be completely out of their minds,” she said.

According to Eucharia, an engaged couple must be sexually compatible as that guarantees a long-lasting marriage.

In a message to those who are against sex before marriage, she said: “If they are not out of their minds, how can they recommend such a wicked thing? Let me ask this question, how can I know if my intended is good in bed?”

Her statement on her Instagram page has been greeted with mixed reactions.