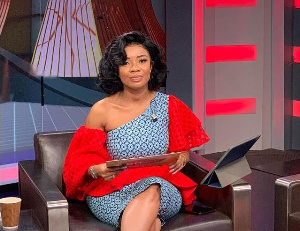 GHOne TV’s presenter Serwaa Amihere got a major embarrassment on Wednesday when she decided to interview Kojo Oppong-Nkrumah, the Information Minister, without getting her facts right.

Amihere, during the interview, got the minister schooling her when she tried asking about the Emile Short commission’s report and recommendations on the Ayawaso West Wuogon by-election violence in 2019.

From the interview which has gone viral on social media, it was clear the presenter who is a co-host of the station’s flagship programme, GH Today, was not abreast with the details of the report leading to Kojo Oppong Nkrumah finding faults with her questions and walking away Scot free from the matter.

“Why haven’t the people who participated in the violence in Ayawaso West Wuogon by-election been punished?” Amihere quizzed.

“Which people and what was the recommendation of punishment that has not been executed?” the Minister retorted.

Serwaa Amihere who was tamed by the minister’s response led the former broadcaster schooling her on the issue.

The brief moments her host turned her rather into the guest, seemed like aeons; she had no intelligent response, and could not take back control of her programme.

The minister then went on to give the usual rattle prattle about achievements in managing the coronavirus pandemic.

Below are some of the comments of the general public on social media.