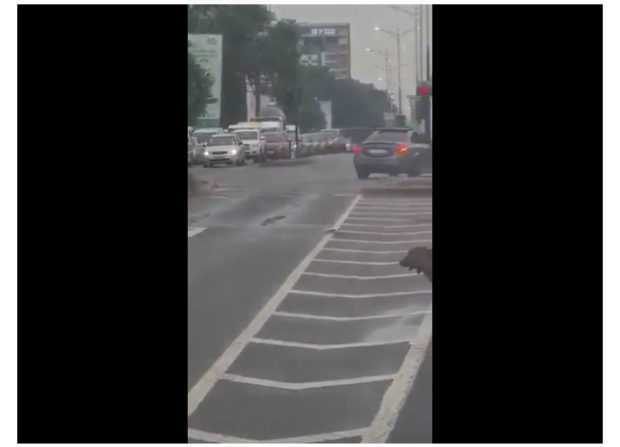 • An unidentified driver of a Mercedes Benz was filmed driving dangerously

• The driver flouted the road traffic rules and regulations

• The incident happened at Opeibea intersection in Accra

A video which has gone viral on social media has captured an unknown driver driving recklessly at Opeibea intersection in Accra on Saturday, October 23, 2021.

The driver of the black Mercedes Benz with the registration number C 63 – 18 was filmed driving into the middle of the four-lane road after which he moved to the opposite lane where the traffic light had turned red for motorists.

He was captured turning his vehicle in circles, reversing, and driving off through the red light.

Other motorists stuck in traffic were amazed at the gross disrespect of traffic rules and regulations displayed by the Benz driver. Whilst some of them captured the incident on their phones, others peeked out of the windows to have a glimpse of the incident.