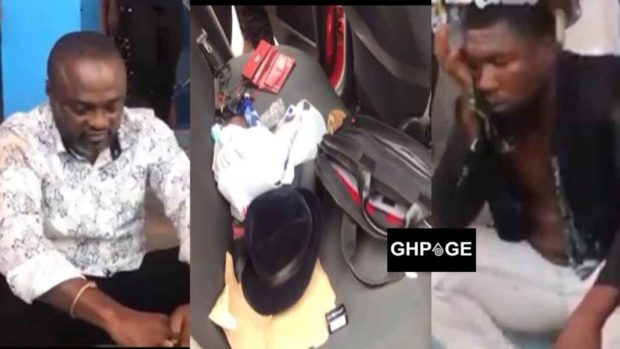 Two suspected car thieves have been arrested at Awoshie Anyaa in the Greater Accra region after a failed robbery attempt.

The suspects were arrested after they tried snatching a vehicle from an unknown individual at Anyaa.

In a video sighted online, the suspected thieves stole the vehicle and removed the tracker to avoid being caught.

However, luck eluded them as they were caught by an angry mob who attacked them and handed them over to the police.

The two thieves failed to bolt with the car they snatched from the victim which led to their arrest.

It was revealed from the video that the suspect are car dealers who are known for selling stolen vehicles.

Previous Ghana vs Nigeria: We have great players and we have a plan – Thomas Partey
Next VIDEO: Drama in Parliament as Majority protest the presence of Assin North MP