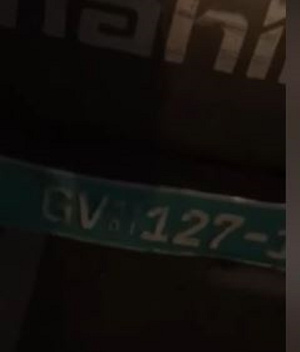 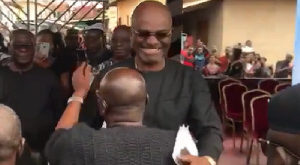 VIDEO: All smiles as Bawumia meets Ken Agyapong at funeral

A man suspected to be a government worker has been accused of exploiting an alleged commercial sex worker and abusing her physically.

A video in circulation on social media captures the man and the supposed sex worker in some form of tango with the lady demanding to be paid for her service.

The lady in the video which has been shared by Metro TV’s Bridget Otoo is seen bleeding profusely after allegedly being hit with an object by the man.

The victim who held the shirt of the suspected government worker who drove the vehicle with the registration number “GV-127-16” narrated to an eyewitness what ensued between herself and her ‘client’.

According to her, the man engaged her service with the agreement to pay a certain amount but the man, after the encounter declined to pay as agreed.

She insisted in the Fanti language that the man fulfil his side of the agreement else she will not let him go.

The suspected government worker got furious and in a bid to ‘run away’ hit her with an object that got her face bleeding.

This bit of her narration was corroborated by an eyewitness, who recorded the video, and promised to report the case to the police and have the man arrested.

Social media users are already calling on the Ghana Police Service to investigate the issue and have the man arrested.