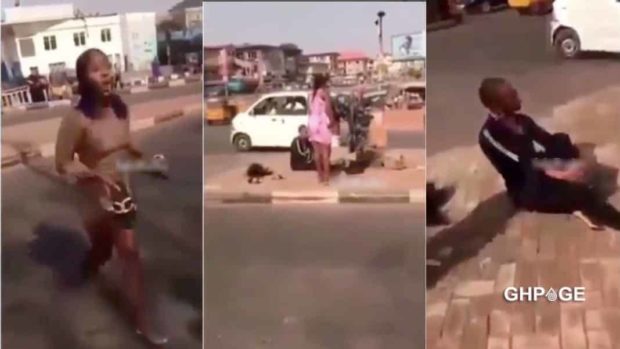 A video has surfaced online showing two women acting strangely after alighting from a car.

The incident occurred in the Nigerian city of Enugu. According to accounts, the two ladies attended a party and were picked up by an SUV in the middle of the day.

However, the females began acting strangely after a few seconds. They were screamed, danced, and jumped. This drew a lot of attention, indicating that they had been used by certain “sakawa” youths for money rituals.