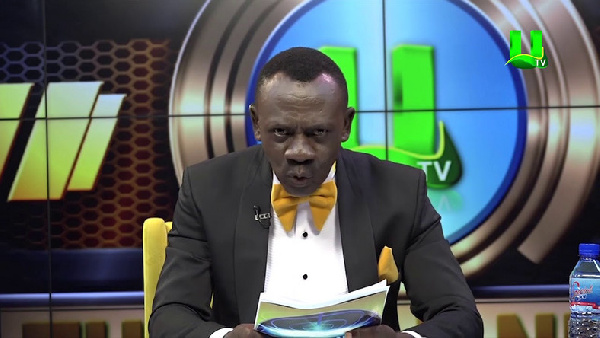 He was not in Kumasi where the knock-out stages till the final was held but he brought the questions into his studio.

Of the two questions he attempted, he missed both but was particularly enthused with the problem of the day question that the quiz mistress asked him.

After a lengthy laughter he admitted that it is not for him to attempt problems of the day because no President under the Fourth Republic can solve such long winding questions.

Source: www.ghanaweb.com
Related Topics:akrobetoNMSQ
Up Next