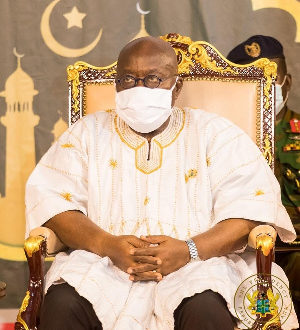 President Nana Addo Dankwa Akufo-Addo has taken a swipe at the international media for amplifying political instability in Africa and rather going lull on similar occurrences in the West.

When asked if there could be a coup in Ghana, in an interview on France 24 in Brussels, Belgium, Ghana’s leader wondered why a similar concern is not raised about the United States over the January 6, 2021 Capitol events.

“We were here when we saw what happened in America on the 6th of January when there was an attempt in a country which had 200 uninterrupted years of democratic government when people staged what appeared to have been an attempt of an insurrection in America.

“So, the issue of stability in every state is a constant matter. That is what the adage ‘The price of liberty is eternal vigilance’ [means and it] is that you have always in every generation to be looking at the issue of stability, the coherence of your political and state institutions and make sure that they are in sync with what is happening in your time.

“I am hoping that that is the position in Ghana.”

President Akufo-Addo reiterated that what pertains in Ghana should be a ready model for other African countries to emulate.