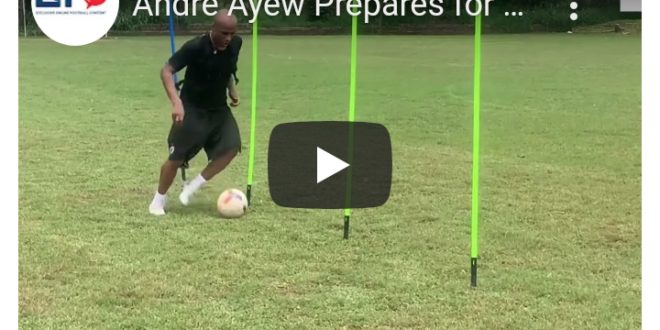 Andre Ayew has already arrived in Accra ahead of next month’s 2023 AFCON qualification series clashes with Madagascar and the Central African Republic.

In a video published by LTF TV on YouTube, the Al Sadd talisman is seen training rigorously along with some unidentified persons thought to be physical instructors.

Though head coach Otto Addo hasn’t named his announced squad for the two games yet, Ayew who is the captain of the Black Stars cannot be left out.

The Al Sadd attacker missed the 2022 FIFA World Cup final round qualifying games against Nigeria in Kumasi and Abuja due to suspension.

Ayew has been capped 102 times for the Ghana senior national team after making his debut for the West Africans in 2008 under French trainer Claude Le Roy.