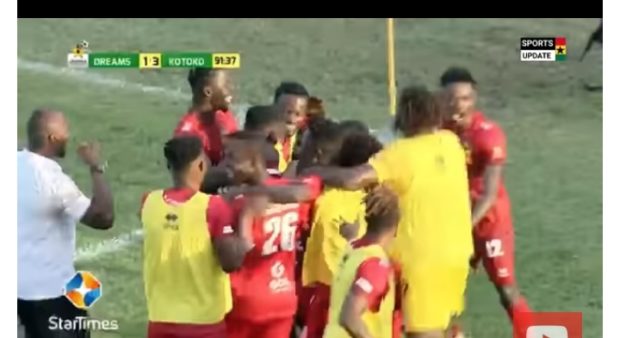 Asante Kotoko made a big statement under new head coach, Prosper Narteh Ogum as they came from behind to defeat Dreams FC at the Accra Sports Stadium on October 31, 2021.

After over an hour of football, both sides couldn’t find the back of the net.

But on the 63rd minute of the game, Abdul Fataw Issahaku made his presence felt, scoring a cheeky goal after dancing through the heart of the Kotoko backline.

However, Kotoko grew more confident as the minute ticked and tocked and were rewarded for their resilience, scoring three goals in the final five minutes of the game to secure all three points at the Accra Sports Stadium.

Previous One of the injured Police Officers in Walewale-Bolga crash dies
Next NDC is only good at propaganda, we have facts and data – Bawumia