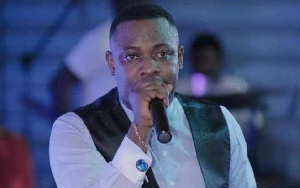 The Ghana Police Service has said it has started reviewing some videos of New Year’s Eve prophecies of some self-styled prophets, warning that any of them found to have caused panic and fear with those utterances would be prosecuted.

The police, in a statement, further cautioned that the law on the of publication of false information, including prophecies that have the tendency to cause fear and panic or put people’s lives in danger, is not limited to 31st December only but should be adhered to on a daily basis.

The police, however, reiterated that the law is not against religious practices or the performance of religious doctrines and beliefs such as prophecies.

“However, if such information is communicated publicly and undermine the laws of the state, the relevant laws and sanctions will be applied,” the law enforcement agency said in its statement.

The police commended religious groups, in particular, and the public, for their general support and understanding of their proactive policing initiative on the communication of prophecies and related matters prior to the 31st December celebrations.

Due to this directive, the usual doomsday predictions by self-styled prophets were largely missing during the New Year’s Eve watch-night services across the country.

Some pastors known for their 31st-night doomsday predictions like Rev Owusu Bempah, Nigel Gaisie, Badu Kobi, Elisha Salifu Amoako among others, have, however, described the IGP’s caution as an attack on the church.

They said the IGP needed to be educated on the work of prophets.