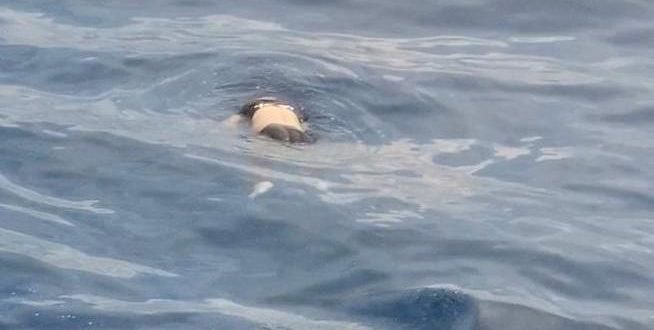 The Public Relations Officer of the 2-Garrison, Enoch Tetteh Opata, says the Western Naval Command has ended its search mission for the eight remaining sailors who have been missing since Friday, April 6th, after their fishing vessel, comforter-2, sunk offshore 46-nautical miles South of Saltpond.

The Command says it has so far rescued 16 people and recovered one dead body out of the 25 total persons on the vessel.

It says it had to call off its search due to high tide and visibility challenges.

“We are done with it, it has ended and as I speak with you, we’ve not heard anything about the eight people whether they’ve been washed ashore or not. However, we have our ears on the ground to know wherever they will be washed ashore. That is what we are monitoring. Night vision probability is a challenge now and so even in the daytime we are not able to get to the bottom or see through the sea, and it means that even in the evening it’s not worth it. You know, the tides are high due to weather conditions and all that, so it has become a challenge, so we need to halt it and monitor wherever they will be washed ashore, but as for the location we can’t tell”, he said.

When asked if the Navy is facing logistical constraints with the search, he explained to Citi News that logistics is not a concern now for the Navy.

“It has nothing to do with logistics. Like I said when the visibility is not favoring you, no matter how equipped you are, it has to do with the high tides. So we are still monitoring though because there are some portions you can’t let a diver get in due to the high tides, so we can’t risk that. We have to just withdraw and then monitor. We still have our ears on the ground and wherever they will be washed ashore, we will take note of that and then update you”, he added.

Enock Opata gave an account regarding what the Command gathered to be the possible cause of the vessel sinking.

“What happened was that they had a bumper harvest, so when they were pulling the net it was difficult and that made the vessel lift on one side, and so they prompted the Captain about that, but he insisted they continue. So whiles doing that, that side further lifted, and that caused the vessel to capsize. We have also established that high tides and strong winds also were a factor“, he explained.

According to the 2-Garrison Public Relations Officer, 25 crew members were onboard the vessel, and out of that, 19 were Ghanaians and 6 Chinese nationals.

“We were able to rescue 16 out of that number and of that 16, twelve were Ghanaians and 4 Chinese. Out of that, one died, and the one who died was the Chinese Captain of the vessel whiles those unaccounted for yet are eight, with seven of them being Ghanaians and one Chinese.”