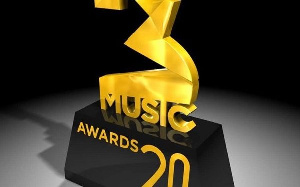 The Third Edition of the 3Music Awards, was held virtually because of the coronavirus pandemic, which has led to a ban on public gatherings.

The awards scheme came off in grand style at the Fantasy Dome inside the Trade Fair Centre, Accra on May 2, 2020.

Chief Executive Officer (CEO) of the awards scheme, Sadiq Abdulai Abu speaking in an interview on Happy98.9FM’s ‘ShowbizXtra’ has said that they have not made any profits from the awards scheme.

He told host, Doctarr Cann, “We have lost a lot of money. Over the years we have spent money without getting anything back.”

According to him, it is not unusual for a brand to start and have revenue issues. “We are building a brand and we need to build a reputation and not be focused on the money.”

He noted that the team is currently focused on building a brand and an ecosystem that will help promote the Ghanaian and African music scene.

Host, Doctar Cann asked if sponsors did not contribute to the entire event, he revealed “Nasco electronics supported the next rated category.”

Other partners for the awards scheme were mostly bloggers and media houses.

Abu explained that the extreme measures taken to support the few sponsors was to let others know the kind of promotion they will get when they hop on the awards scheme.