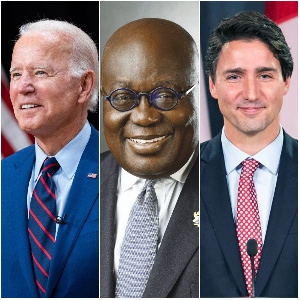 Who is invited to attend Queen Elizabeth’s funeral

The days to the funeral of the late monarch of Britain, Queen Elizabeth II, are drawing closer, and in a few days, many around the world may have to take some time as the activities lined for her celebration take place.

Already, there has been a clear message sent out to leaders of the world, as well as guests expected to grace the occasion, not to bother flying into the United Kingdom with their private jets as there would be no space to accommodate them.

It is a message that said: fly with commercial flights and on your arrival, you will all be bused to the venue from designated locations.

And while indirectly, the whole world is ‘invited’ to the funeral of the longest-ever monarch to have ruled Britain, a more refined list of who and who can attend the main ceremonies at Westminster Abbey, in London on Monday, September 19, 2022 has been released.

Royal families from the UK:

According to the BBC, a number of royal families from Europe, many of whom were blood relatives of Queen Elizabeth II, will attend the funeral.

Already, Belgium’s King Philippe and Queen Mathilde have confirmed they will be there, as have King Willem-Alexander and his wife, Queen Maxima, along with his mother, former Dutch queen Princess Beatrix, the news report added.

Also, King Felipe and Queen Letizia of Spain have also accepted an invitation, as have the royal families of Norway, Sweden, and Demark.

The President of the United States of America, Joe Biden, has been confirmed by the White House to attend the funeral.

He will be joined by his wife, First Lady Jill Biden, even though they will not travel by bus.

Additional information from The Times indicated that President Biden will be the only president who will have dispensation to take his armoured Beast to Westminster Abbey, unlike all other world leaders.

Invitations have also been sent to all leaders from the Commonwealth nations, of which the late monarch served as head for the entirety of her reign.

The Prime Minister of India, Narendra Modi, is however yet to confirm whether he will attend the funeral, the BBC added.

Also, a number of governors-general who serve as the representative of the monarch in a Commonwealth realm are expected to attend with their countries’ leaders.

Leaders from other parts of the world:

The BBC report also stated that a number of other world leaders have also confirmed that they have accepted invitations.

These leaders include leaders from Ireland, Germany, and Italy. The European Commission president, Ursula von der Leyen, has also confirmed such.

The president of South Korea, Yoon Suk-Yeol, and the Brazilian president, Jair Bolsonaro, are said to have also confirmed their attendance.

Leaders from Japan, Türkiye (formerly Turkey), and France are also expected at the funeral.

The report added that it is uncertain if the President of China, Xi Jinping, has received an invitation for the funeral yet.

However, it is reported that no invitations have been sent to the leaders of Russia and Ukraine, as well as those from Belarus and Myanmar.

Tags attend Elizabeth’s FUNERAL invited IS QUEEN to WHO