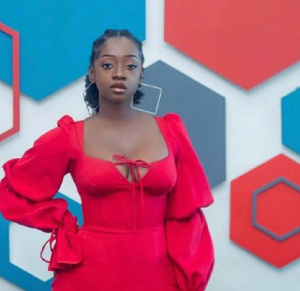 Ghanaian singer and actress, Adomaa has disclosed that she suffered from depression, and panic attacks and at a point contemplated suicide. All these events happened at the height of her music career.

Born Joy Onyinyechukwu Adomaa Serwaa Adjeman, the female vocalist has opened up about how she battled mental health illness and the reason she had to take a break from active music.

She described her rise to fame as “sudden” when all she ever wanted was to take things a step at a time. A lot went wrong with her mental health which eventually affected her team.

“Just learnt to crawl and I am being told to run and I am trying to keep up and I just wanted to slow down but you just can’t slow down. It was really bad.”

In a June 2022 interview with Asaase Radio, the ‘Afraba’ singer outlined how struggles caused her to attempt suicide.

“I started to have proper panic attacks; physically can’t breathe, my heart starts beating extremely fast like there is air but I can’t breathe and my brain is just saying you are going to die. I am not proud of it but once I did attempt suicide. I was really going through it at that time and that is how come I lost an incredible amount of weight at a very short time,” Adomaa disclosed.

The singer earlier in an interview with Africanews in May mentioned that “the darkest point during this period was when I attempted suicide. I tried to swallow some expired drugs, but God saved me that day.”

Previous Mother of 15-year-old abused girl at Ofoase hands herself over to police
Next Green Ghana: Asantehene leads tree planting in A/R