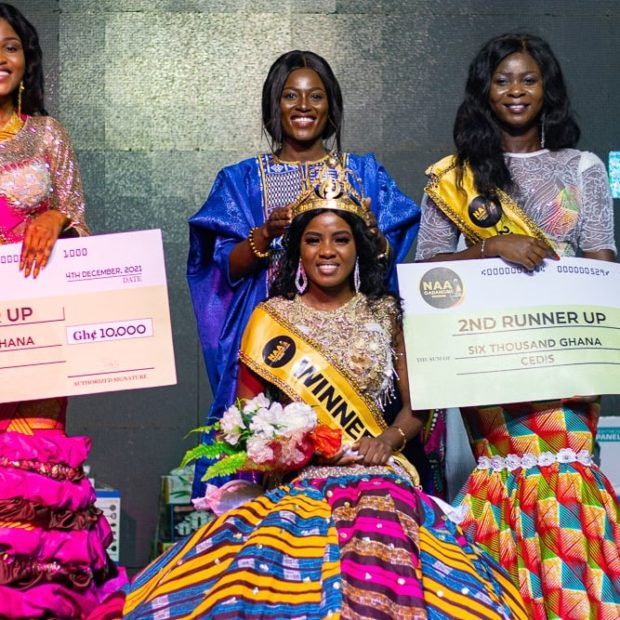 The over all winner of Naa Gadangme, Naa Borley from Nungua has been given a full educational scholarship, a trip to the United States of America and a new car for her to be able to successfully embark on her project for the Ga community.

The first runner up who was also crowned Miss Culture for Naa GaDangme 2021, Naadu from Prampram also got Ghc10,000.00 cash prize, Educational Scholarship and products from sponsors.

Naa Atswei La who was the second runner-up also won the most well-behaved contestant of the year. She also went home with Ghc6000 cash prize, educational scholarship and products from sponsors.

The final event which came off last weekend at the Mega Studios of GH Media School seeks to entertain and educate the general public about the rich culture of the GaDangme people.

There was evictions after every night of performances where star performers were also awarded for their outstanding displays on the stage.

Out of the eleven ladies who started the show, Naa Akuye representing Kpone was the first evictee, followed by Naa Lankai who represented the people of GaMashie, Naana Kabukuor from Ada, Naa Adjeley from Tema, Maku from Shai Osudoku and Naa Tettekie respectively were all evicted before the grand finale.

Naa Atswei from Teshie became the 5th and also won the Miss Eloquent for the night and the representative for Osu in the person of Naa Korlei also won the 4th position.