Home / AFRICA / Woman, tied to car, dragged to her death by mob 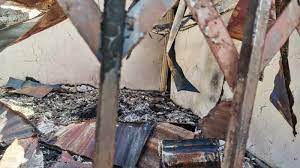 Woman, tied to car, dragged to her death by mob

A 37-year-old woman died after she was allegedly tied behind her car and dragged for several kilometres in a suspected mob justice attack in Salema Village, Limpopo.

Police spokesperson Brigadier Motlafela Mojapelo said they received a complaint about a vigilante incident in the area at around 22:10 on Monday.

Mojapelo added the mob threatened to burn the home of Basani Portia Shuma who was believed to be a loan shark in the area.

“She was reportedly accused by the mob of being responsible for the disappearance of a local man who allegedly went missing two weeks ago.

“The police rushed to the scene and discovered that the mob had tied the victim to her motor vehicle and dragged her to the bushes. The mob then started to throw stones at the police while attempting to search for the victim.

“The crowd was dispersed with the use of rubber bullets and police managed to rescue the victim who was tied and dragged with a motor vehicle between Salema and Xikundu villages.”

Mojapelo said the mob torched the woman’s home and damaged her car.

The woman was rushed to Malamulele Hospital, but she died on arrival, he added.

Cases of murder, public violence, arson and malicious damage to property have been opened.

Police launched a manhunt for the suspects.

Tags CAR HER tied to WOMAN