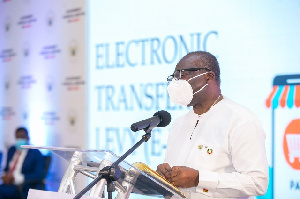 A new World Bank report has revealed that Ghana had accumulated significant government arrears prior to the COVID-19 pandemic.

This is far higher than the projected arrears post-COVID-19.

This ranked the nation 16th in sub-Saharan Africa with the highest government arrears.

It confirms concerns by some economists and analysts that the country’s fiscal situation was deteriorating prior to COVID-19.

This was also heightened by the rising debt.

The report, however, urged governments, including Ghana’s, to mobilise new revenue to pay off debts incurred for the crisis response and preserve their ability to support the COVID-19 recovery, adding that the potential return to economic growth during the recovery will help.

“However, governments must also pursue complementary, longer-term structural policies to increase their revenue base. Most emerging economies, for example, lack the institutional capacity to tax incomes and instead rely primarily on taxing consumption”.

Scaling back the stimulus

The report said resource-constrained governments in the short term face the challenge of scaling back fiscal support to households and firms without dampening the recovery.

“In many countries, direct payments to households and firms have served as the main pillar of the crisis response and were designed to protect the livelihoods of economically disadvantaged groups—such as workers in the informal sector and those in unskilled occupations—and the survival of businesses in the sectors most severely affected by the crisis”.

However, it said, few countries have the resources to maintain these policies in the longer term, and in many cases countries will need to phase out support before economic activity has fully recovered.

“Such a loss could dampen the recovery because access to credit is an important insurance mechanism that strengthens the ability of households and firms to weather economic risks that might arise during an extended recovery”, it added.

Previous ‘No place like home, don’t leave Ghana for greener pastures’ – French ambassador
Next I will take the job if NPP appoints me as Agric Minister – Dumelo