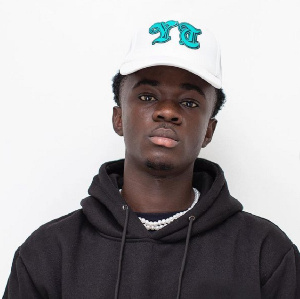 I panicked after viewing my results, the ‘Sore’ hitmaker reveals

Ghanaian rapper, Yaw Tog who sat for this year’s exams has topped trends on Twitter after revealing in a tweet that he panicked at the sight of his WASSCE results.

It is unclear whether the former student of the Opoku Ware School (OWASS) excelled or failed the exams.

“Just checked my results na meyam koraa ahye me” he wrote in a tweet sighted by Ghanaweb.

In a separate post, he asked fans whether or not he should make public the outcome of his WASSCE performance. “When make a post my results?”

According to tweeps, it will be in his best interest if he excelled noting that ‘agenda boys’ on Twitter will troll him if truly he failed his final Senior High School examinations.

Reacting to his series of posts, Bongo Ideas wrote: “Yaw Tog should better pass his WASSCE with distinction or else.”

Another, Shatta City fan was optimistic that the rapper’s WASSCE results will be leaked. “Don’t worry your results will surely come out p3333.”

Check out the posts below: 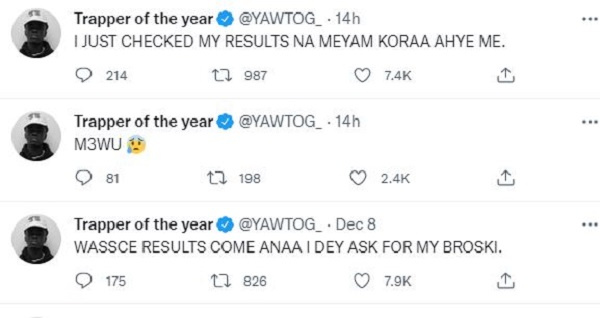 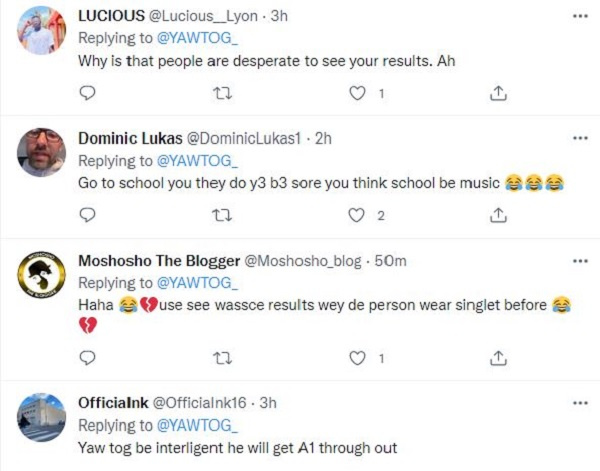 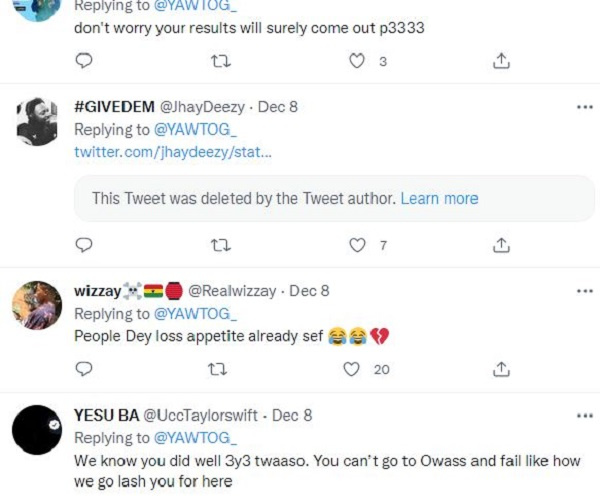 Blakk Rasta narrates how he lost his erection