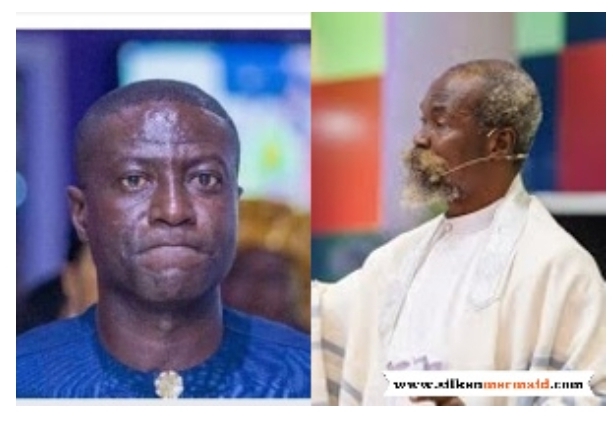 Prophet Kyei in an address to his church members in a video sighted by GhanaWeb responded to Captain Smart who censured him on one of his shows on Onua TV.

“How people are insulted anyhow in the name of politics, I am not a politician. So you can’t bring that behaviour to my Godly work and put my picture up just to insult me, you won’t go scot-free,” he stated.

Prophet Duah further warned Captain Smart to attach respect to his name and work as he will not hesitate to respond if the journalist continues to denigrate him.

“Now listen to me. This should be the last time you talk about me. If you’re Captain Smart, you’re not smarter than me. If you’re called Kwadwo, I was named Kwadwo before you. Be very careful about me. You’re warned. You’re really warned,” he added.

Captain Smart in one of his usual submissions on national issues attacked Prophet Kyei who he claimed had rented the abandoned Kade Match Factory in the Eastern Region to use as one of his church branches.

According to Captain Smart, the church leader by his action is contributing to the unemployment rate by turning the old factory that could provide employment to the youth of Kade into a church.

In a video of the show sighted by GhanaWeb, the outspoken morning show host used several harsh words against the prophet.