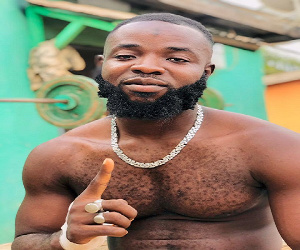 Ten people have been remanded into police custody by the Tarkwa Circuit court in connection with the clash that happened between two small-scale mining gangs on Wednesday evening.

The incident that happened around the Bonsa toll booth near Tarkwa left one person known as Alhassan dead while four others were severely injured.

The small-scale mining gangs were alleged to have been fighting over a mining concession that was taken from one side to be used for community mining.
Speaking in an interview, the Western Regional Police PRO, DSDP Olivia Awurabena Adiku said the police in Tarkwa was informed and rushed to the scene.

She explained that “the scene the police found two pistols, two jackknives, 3 scissors, 3 bullets in a Mazda pick up with the registration number GN 401-19 abandoned”.

“There was another Toyota Corolla car with the number GN8700-13 with a busted tyre belonging to the opposing side which was also abandoned at Wassa Agona”, she added.

According to her, 10 people who were arrested were sent to court on Thursday, March 24. 2022 and remanded into police custody to reappear before the Tarkwa Circuit court for a hearing on April 5, 2022.

DSP Adiku disclosed that one of the injured, Apakaloo has been referred to the Efia Nkwanta Regional Hospital due to the critical nature of his case.
Meanwhile, “the others who are on admission are all suspects are therefore on admission under police guard, they will be dealt with when they are fully discharged,’’ she stated.

She said, “the police has begun an investigation in the matter that led to the clash between the two gangs and will inform the media in due course”.

Previous These 6 SHSs have produced 50% of students at UG Medical School in 8 years
Next 1982 Murder of Judges: Kwabena Agyapong recounts last moments with his dad