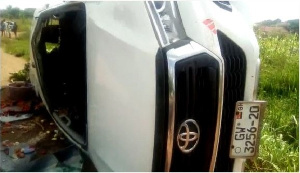 15 in critical condition in multiple-vehicle crash at Mankessim

Fifteen people are in critical condition following a gory accident on the Mankessim to Cape Coast Highway in the Mfantseman Municipality of the Central Region Wednesday, November 3.

Information gathered by EIB Network’s Central Regional Correspondent, Yaw Boagyan indicates that a tanker spilled oil on the road making it slippery and resulting in the vehicles skidding and crashing in the process.

The victims, mainly market women who were going to Mankessim to trade were transported to the Mankessim Roman Catholic Hospital for treatment.

Meanwhile, the driver of the oil tanker has been arrested by the Mankessim Police to assist in investigations. 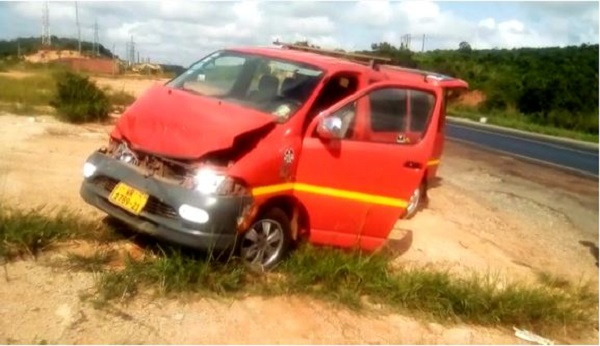 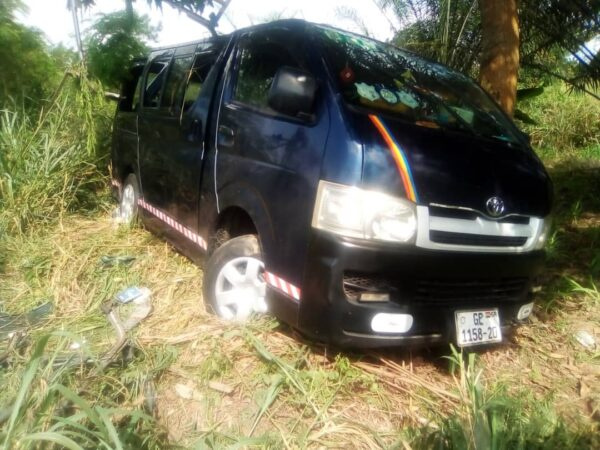 Previous Fix our roads, we can’t swim in the mud anymore – Amansie South residents to govt
Next How the punishment of a teacher inspired a visually impaired man to secure his future