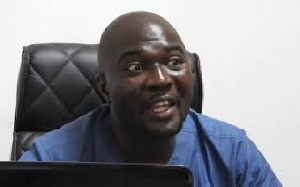 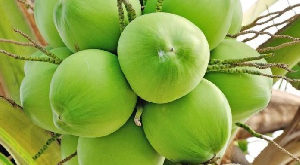 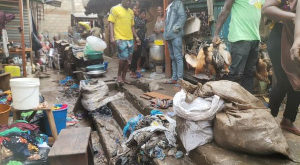 The Chamber of Petroleum Consumers Ghana (COPEC), says it is utterly shocked at government’s 15 pesewas per litre reduction in the cost of fuel beginning April 1, 2022.

COPEC’s Executive Secretary, Duncan Amoah insists the reduction is way below its expectations following discussions between relevant stakeholders and the government.

Speaking to Citi News, he said the amount is insignificant to relieve Ghanaians, suggesting that a 50-60 pesewas reduction would have been welcoming.

“Cumulatively, we should have been looking at something between 50 and 60 pesewas. But we woke up today and heard the Finance Minister go into operator margins and not a single of the taxes being reduced. He simply went into operator margins and blatantly refused to reduce the taxes in these abnormal times. But here we are, we are completely detached from the stuck reality.”

Fuel prices in Ghana will go down by 15 pesewas per litre effective April 1, 2022. This reduction will be in place for three months, according to Finance Minister, Ken Ofori-Atta.

But Duncan Amoah made a point that, per the meetings with the Minsters of Finance and Energy, players in the energy sector expected the complete abolition of some taxes or at least half these levies to cushion Ghanaians.

He further explained that, the anticipated reduction is a disappointment and will amount to nothing.

“I am afraid this is very disappointing, to say the least. We decided that some of the margins must go. The Special Petroleum Tax Levy is 46 pesewas. Even if they don’t half it; they could have given Ghanaians 23 pesewas relief without affecting so badly what they are also generating. Again, we raised the issue of the Price Stabilization and Recovery Levy.”

“So if at this time we are not able to get any money funds to stabilize prices, it is fair that you drop that levy which is 16 pesewas per litre  or drop it by half and add it to the Price Stabilization Levy that will be about 30 pesewas already. We stated categorically that, In the face of rising cost of fuel, we do not find it coherent that you continue with Sanitation and Pollution Levy of 10 pesewas, so in the interim you can do away with it for three months and do something about the Energy Sector Levy which is about the 46 psesewas, ESLA and the other 20 pesewas”, he lamented.

Prices of petroleum products have skyrocketed within the last few days.

Diesel is currently selling between GH¢10 and GH¢11 per litre, while the price of petrol has crossed the GH¢9 mark at some fuel stations.

This has led to an upsurge in general prices. A recent report released by the Ghana Statistical Service noted that petroleum and food prices are the major driving forces of inflation in Ghana in recent times.

“To mitigate the rising price of petroleum products at the pumps, for the next three months, the government has decided to reduce margins in the petroleum price build-up by a total of 15 pesewas per litre with effect from 1st of April,” Ofori-Atta said. 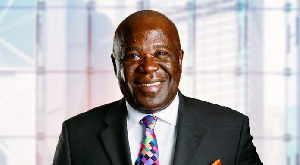 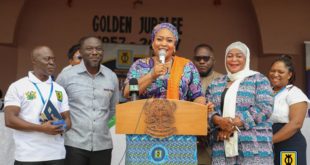 WE ARE STILL COMMITED TO THE PRO POOR – MASLOC CEO