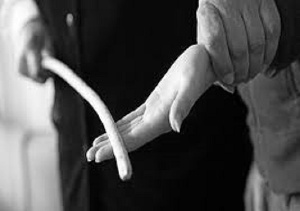 A 19-month-old pupil has allegedly been beaten to death by his class teacher for playing with water.

The incident happened on Monday, February 7, 2022, in a private nursery and primary school in Asaba, capital of Delta State in Nigeria.

Photos shared on social media by a relation showed that the victim had sustained several cane marks on especially his back.

The toddler is reported to have fallen ill after the punishment meted out to him by his teacher and was taken to the Federal Medical Centre (FMC) in Asaba where he eventually died.

However, the teacher is in the grips of the police.

According to BBC Pidgin, DSP Bright Edafe, the spokesperson of the Delta State Police Command has said the suspect will be charged for murder and manslaughter.