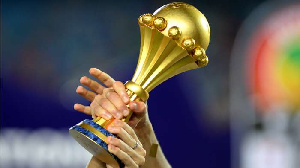 Doubts have been cast over the start of the 33rd edition of the African Cup of Nations(AFCON) in Cameroon, 2022 with reports rife that CAF is leaning towards cancellation of the tournament.

Reports by credible French outlet RMC suggest that the AFCON could be postponed due to Omicron- a new variant of COVID-19.

According to the French newspaper, European clubs have opted against releasing African players to represent their countries.

The clubs’ decision is to avoid their players going through mandatory quarantine after returning from the AFCON.

Meanwhile, European clubs have affirmed their unwillingness to release players for the tournament.

In a statement issued on Tuesday, December 14, the Europeans Clubs Association warned that they are under no obligation to allow their players to compete for their countries.

Originally, the tournament was scheduled in the summer of 2021 but was cancelled due to unfavourable weather conditions in Cameroon. ’

The biennial tournament was therefore moved from June-July to January 9 to February 9, 2021. Due to the rise of COVID-19, the tournament was postponed to 2022.

Source: www.ghanaweb.com
Related Topics:AFCONcancelled
Up Next