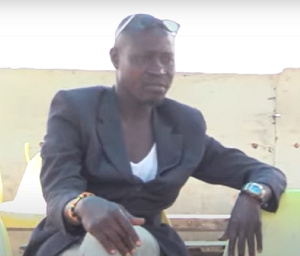 Reports from the Kumah family reveal that he passed away at the Tema General Hospital after a short illness.

It is unclear what the illness was however in a recent interview with SVTV Africa, Paa Joe disclosed that he became frustrated after his retirement and eventually became an alcoholic.

“Yes, the drinking was because of frustration. Because if someone confesses that he or she is the one that caused your leg injury or caused this. So I might even want to do him or her something. I’m a human being too. But I did not,” he disclosed.

Paa Joe retired after actively playing for Great Olympics, Tema Hearts Babies, Liberty Professionals. He was also called to the Black Stars alongside Asamoah Gyan and others in the mid-2000s.

Funeral arrangements will be announced later.