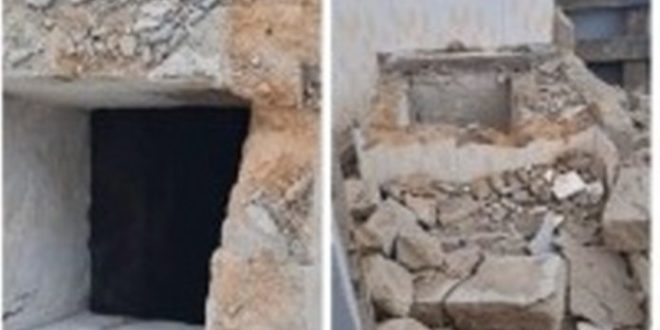 3-year-old dies after falling into septic tank at Ashaiman

A three-year-old boy has died at Ashaiman Lebanon Zone 2A in the Greater Accra Region after falling into a septic tank while playing with his sibling.

A preliminary investigation has revealed that the boy accidentally fell into the open sewage pit, got drowned and suffocated as a result and later passed out.

His slippers and playing toy were seen in front of the toilet pit which suggested that he could be in the sewage pit.

Residents and bystanders, according to the Ghana Nationa Fire Service, began breaking down the pit and later called in for assistance.

The crew, thus, got to the scene and drained the sewage to gain access to the boy.

After 26 minutes, the men descended into the pit with a ladder to recover the body which was whisked away to Trinity Hospital at Ashaiman.

Unfortunately, the Medical Officer pronounced the boy was brought in dead.

Following the incident, the Fire Service has advised parents to have an eye on their wards whenever they are playing.

Again, all open septic tanks/pits not in use should be covered to avert the recurrence of this unfortunate incident.

Previous Hearts, Kotoko fans clash over who has unveiled the best kits for the season
Next VIDEO: Mood at UEW after lecturer, 3 students were killed in accident at Apirede