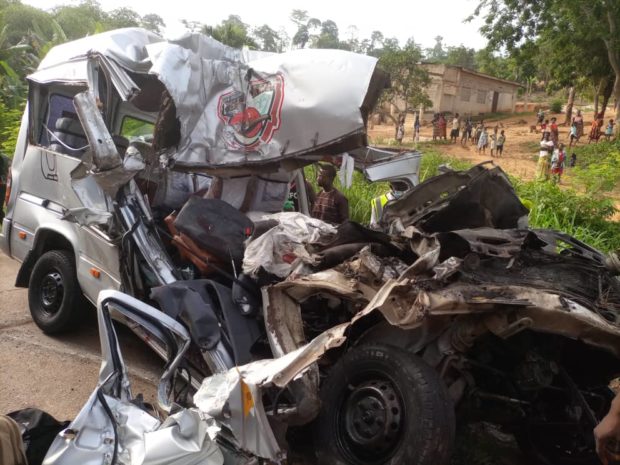 Four people were killed and 11 others injured after two minibus taxis collided in Mpumalanga.

The incident took place on the N17 between Leandra and Kinross at around 01:00 on Good Friday, when the two minibus taxis collided head-on, said Mpumalanga Department of Community Safety, Security and Liaison spokesperson Moeti Mmusi.

Two men and two women, believed to be in their late 30s, were killed.

“The minibus that was travelling from Kinross towards Leandra, had only one occupant, which was a male driver,” said Mmusi.

“All the deceased and [10] of the seriously injured [people] were occupants in another minibus.”

The injured were rushed to nearby hospitals, added Mmusi.

“At this point, the cause of the collision remains unclear. However, a probe is already underway,” said Mmusi.

The crash comes as police across the province prepared for several roadblocks to promote safety among Easter weekend travellers.

Provincial police commissioner, Lieutenant-General Semakaleng Daphney Manamela, was expected to visit various multi-disciplinary roadblocks in the province throughout the weekend.

The roadblocks would look to encourage compliance and safety among travellers.

“Those embarking on long-distance trips must rest sufficiently along the way. Fatigue affects concentration levels and the drivers’ ability to make sound decisions,” said Shongwe.