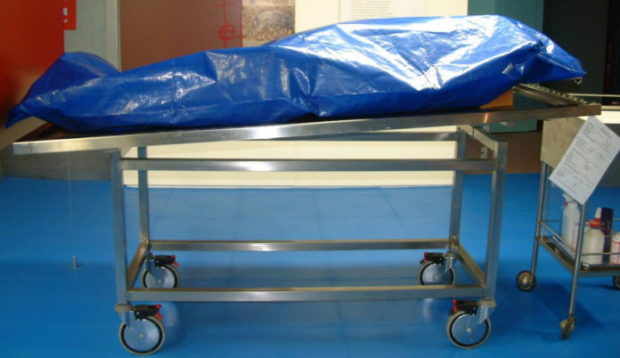 A body of a 58-year-old man, identified as Pascal Moro, has been discovered in River Wakoa at Wakogyamu, a suburb of Abesim near Sunyani in the Bono Region.

The deceased, believed to be a Burkinabe national, had lived in the community for the past three years.

Co-tenant and an eyewitness, Prophet Nicodemus Boampong, known in the area as ‘Sabi’, told Adom News that the last known sight of the late Moro was before Monday, February 14.

However, he added that he visited the river to fetch water on Tuesday and discovered what was a dead body floating in a prone position.

A report was made to the police who arrived at the scene to retrieve the body. It was then it became clear the deceased was Mr Moro.

Though a cause of death is yet to be established, Prophet Boampong suspects the deceased accidentally fell into the river and failed to swim out due to his frequent drunken state.

He made the assertion due to the bucket, sponge, towel and other bathing items retrieved at the scene.