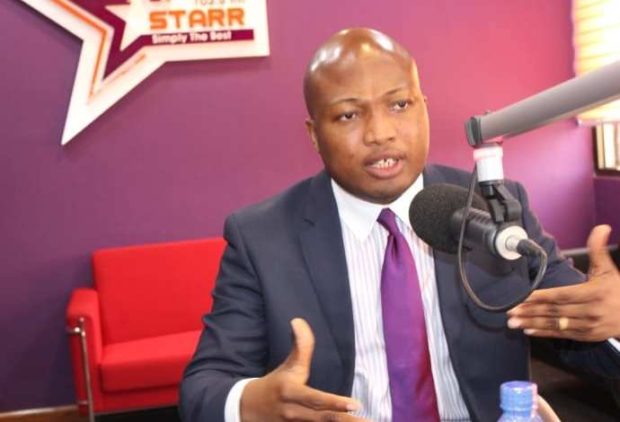 Celebrating Easter usually comes with happiness as Christians thank God for sending his only son to die for the sins of his creation.

Despite this, some persons who have suffered misfortunes in recent times may not be in the best of positions to mark the festivities in the best way they can.

Member of Parliament for North Tongu, Samuel Okudzeto Ablakwa has asked Ghanaians to remember a number of such people in prayers during the season.

In a Twitter post, the MP listed a number of people who needed some peace and consolation which he felt prayer could suffice.

Below are the people he listed and why:

It will be recalled that a massive explosion occurred in the Western region which led to the loss of lives and properties. The incident which happened as a result of a trailer conveying explosives to a mining site left Ghanaians in shock and was widely reported by the international media.

Families and loved ones of the Volta Lake Accident

Towns along the country’s coastal areas have had a tough time in the past months. Persons in the above-mentioned areas have been rendered homeless after they were hit by the tidal waves, calls have been made to the government to build sea defences to prevent the incident from recurring.

Flood victims across our country

April has delivered a series of unanticipated rains which has led to the flooding of homes in some flood-prone areas. Some persons have been left stranded in parts of Accra after some series of heavy downpours

The many injured in Aflao accident

An accident which resulted after a tipper truck crashed into a trotro has left 13 persons severely injured.
The accident is reported to have happened in the early hours of Saturday, April 16, 2022.

Certain countries in Africa continue to witness restlessness and chaos as a result of many factors including wars and internal conflicts.

The Heward Mills family and the Lighthouse congregation

The Heward-Mills and Baiden families are going through turbulent times after losing the first son of Bishop Dag Heward-Mills, David Heward-Mills. The first son of the world-renowned man of God was a medical doctor in the United States, he died after reportedly battling a short illness.

Tags 7 EASTER IN MUST PEOPLE PRAYERS remember THIS WE