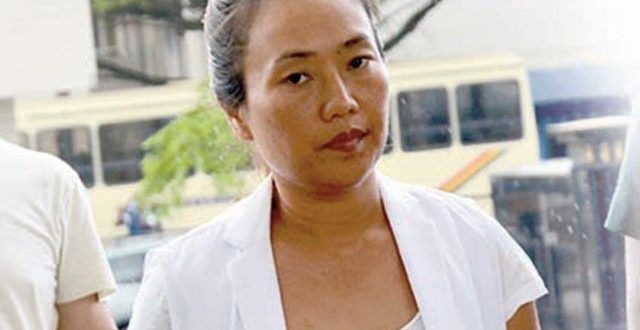 The presiding Judge at the Circuit Court, his Honour Samuel Bright Acquah has said the Chinese galamsey queen Aisha Huang is likely to face 20 years in jail if found guilty of charges against her.

He explained, while ruling on the bail application of Aisha Huang that the accused person’s punishment ranges from a minimum fine of 30,000 penalty units equivalent to (GHc360, 000) to 20 years in jail.

He said that based on the severity of the matter, the accused person cannot be granted bail.

Samuel Bright Acquah said the reason, citing Article 96(5) of Act 30, is that the accused may not appear to stand trial or may interfere with any witness or evidence or hamper the investigations of the police in any way.

The judge explained that the first accused person; Aisha Huang, may interfere with evidence due to her influence in the country.

He added that the court may also refuse bail if the accused is likely to commit a further offence on bail or the offence the accused is charged with was committed whilst on bail.

In ascertaining whether or not an accused may appear to stand trial, he said the courts are again guided by the conditions in section 96(6).

These are; inter alia the nature of the accusation, the nature of the evidence available, the severity of the punishment if he is subsequently convicted, and if he has breached any previous bail requirement, whether he has a fixed place of abode in Ghana and is gainfully employed and if his sureties are competent enough.

He added that the severity of the offence has to do with illegal mining which has been committed by foreigners.
Aisha Huang is facing trial in court following her rearrest.

The court on September 14, 2022, denied Aisha Huang and 3 other accused persons bail after they pleaded not guilty.

Previous NDC to hold National Congress Dec 17
Next WATCH: See what these two SHS students were caught doing after their WASSCE paper