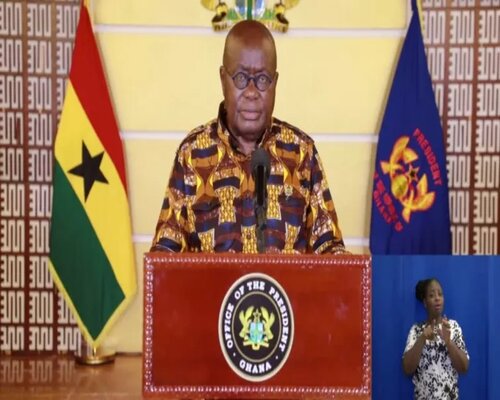 President of the Republic, Nana Addo Dankwa Akufo-Addo, has subtly taken a swipe at some personalities, including the Speaker of Parliament, Alban Bagbin, over the latter’s recent utterances on which party forms the majority in parliament.

Alban Bagbin has on two occasions emphasized that there is no majority in the current 8th parliament which has both the National Democratic Congress (NDC) and New Patriotic Party (NPP) having 137 MPs each with one independent who has chosen to do business with the NPP side of the house.

But speaking at the New Patriotic Party’s national annual delegates conference, president Akufo-Addo stressed that the NPP MPs in parliament constitute the majority side of the House.

Majority Leader, Osei Kyei Mensah Bonsu in November this year also hit hard Alban Bagbin over comments that there is no majority in parliament.

The NPP is currently holding its annual delegates conference in Kumasi under the theme “NPP: Our Resolve, Our Determination And Commitment to Ghana’s Development”.